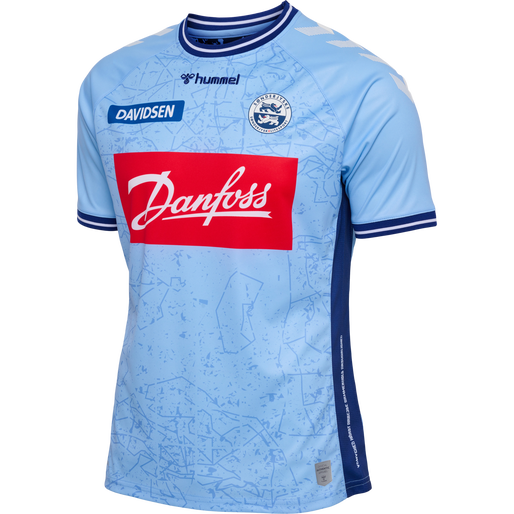 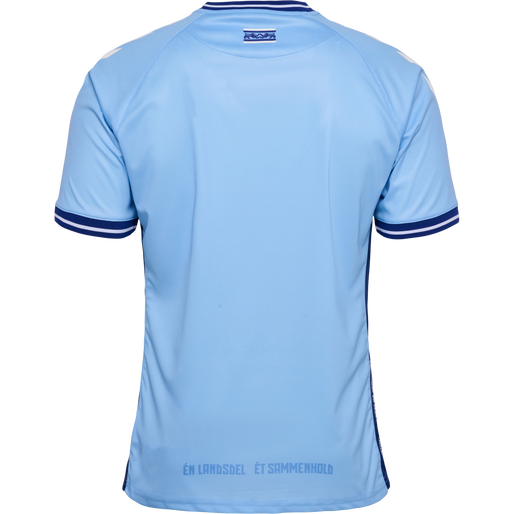 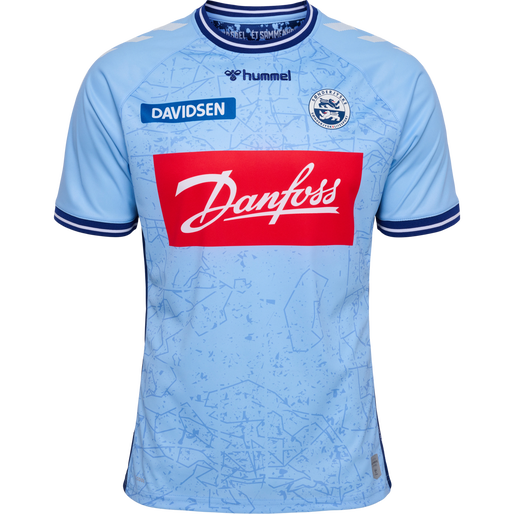 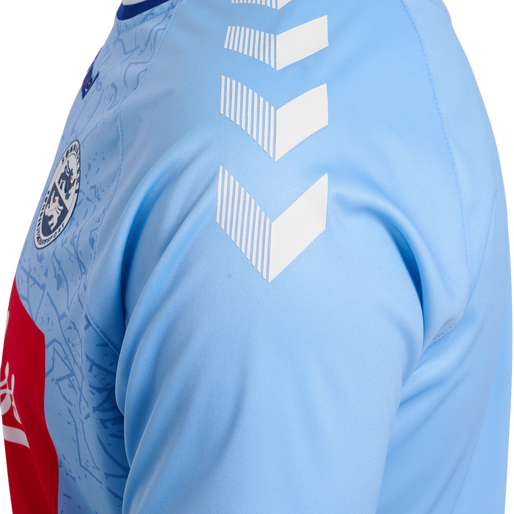 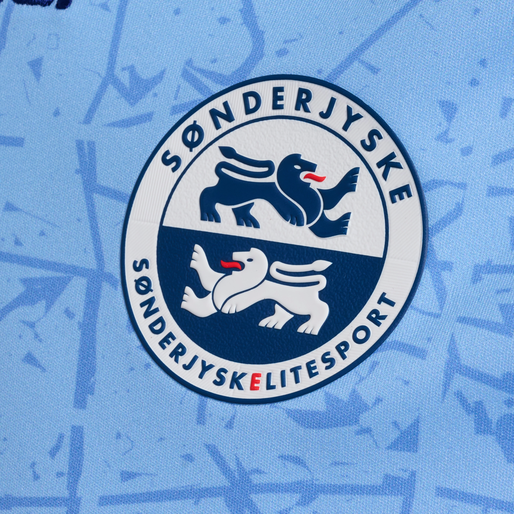 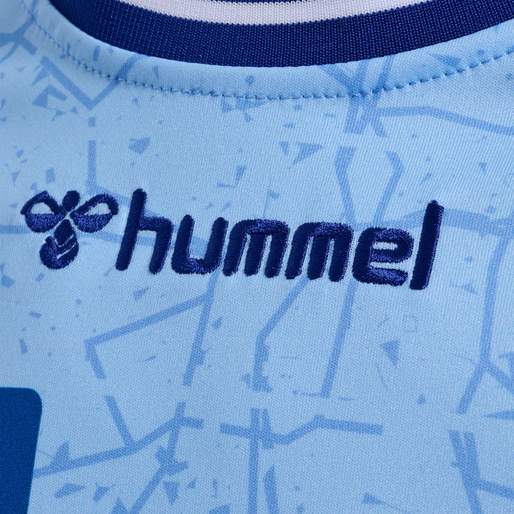 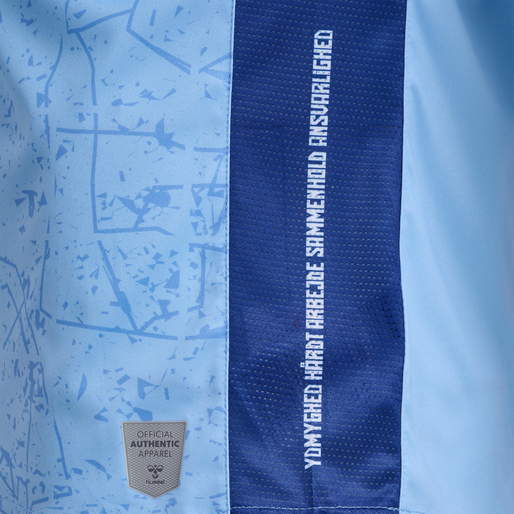 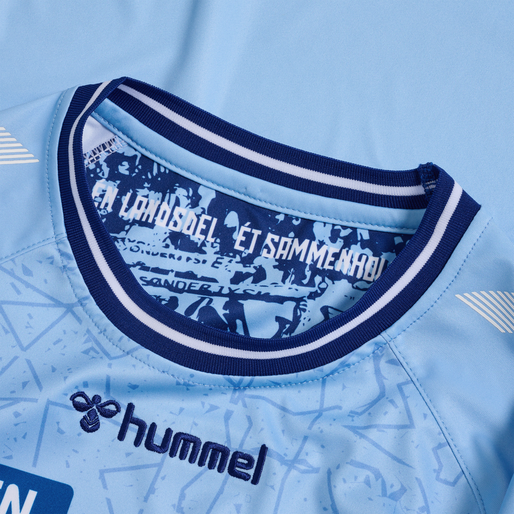 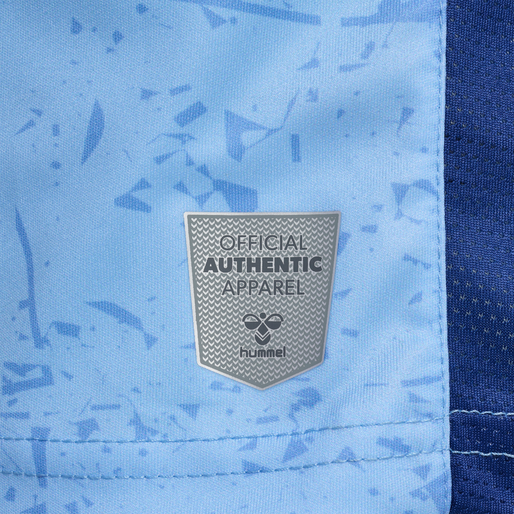 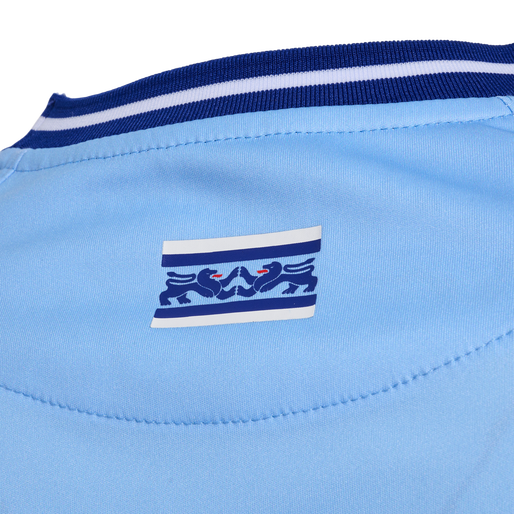 This season’s SØNDERJYSKE HOME JERSEY 21/22 has been kept in a crisp light blue with a dark blue pattern on the front. The jersey also has dark blue seams down the sides and white hummel® chevrons on the sleeves. The pattern on the front represents a map of Southern Jutland: at the top is northern Southern Jutland, while the western and the eastern parts are spread out to the left and right. The pattern is made so that it shows the whole region, allowing fans to dive in and find exactly where they come from. The many lines of the map represent the many roads in Southern Jutland, connecting all the towns in the region – just as SønderjyskE connects the region through football.