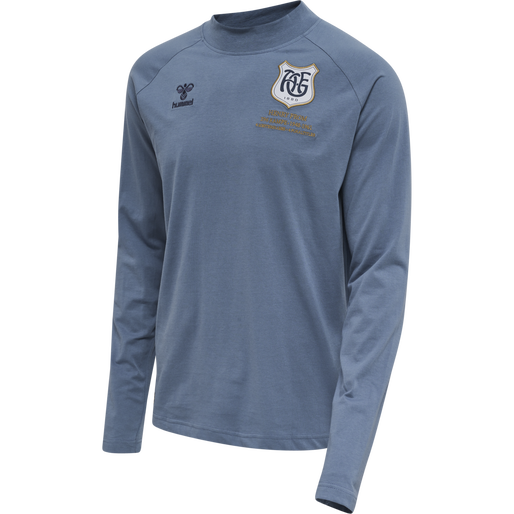 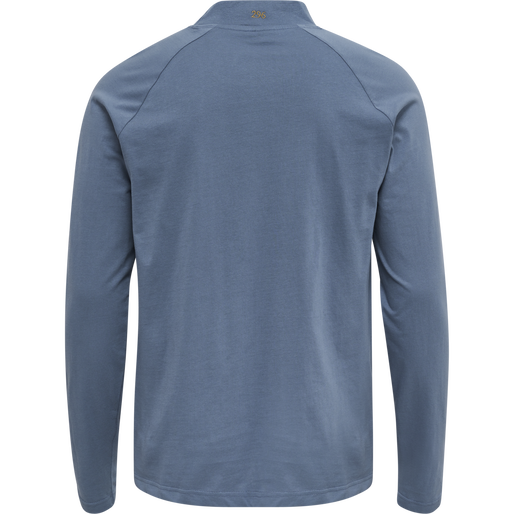 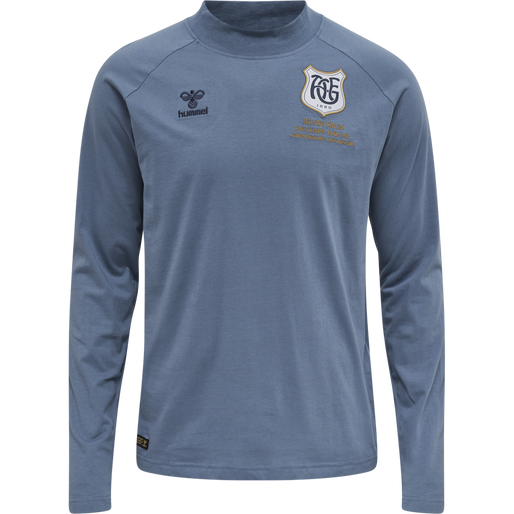 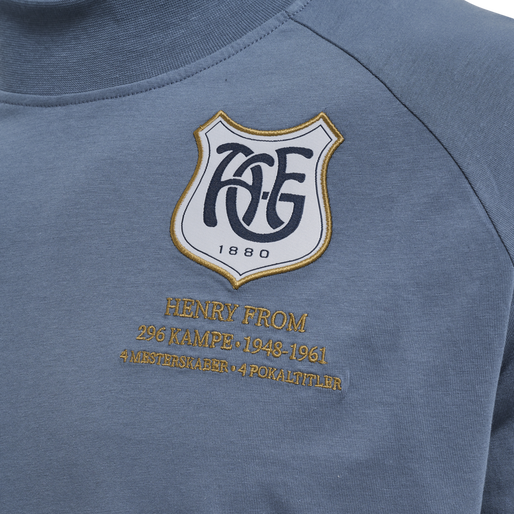 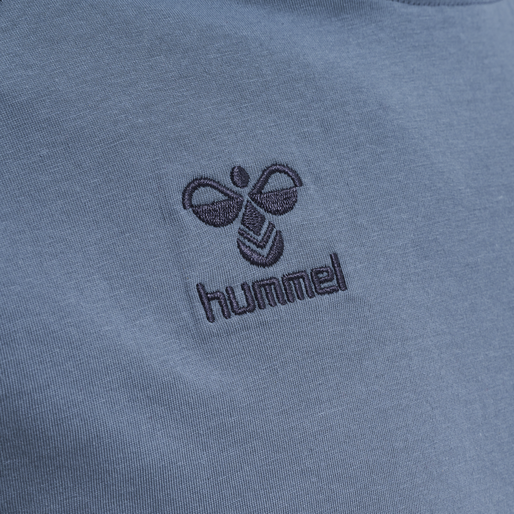 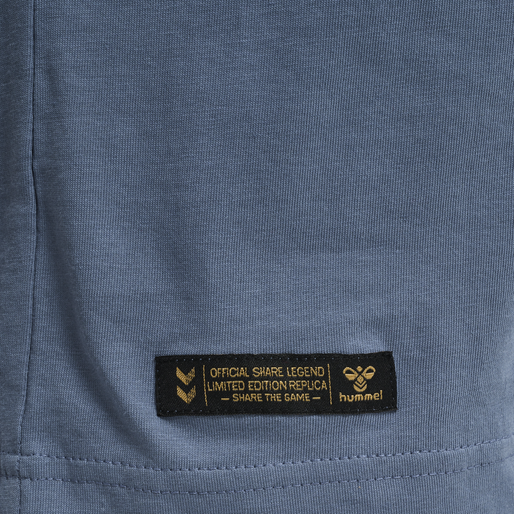 This year’s unique Legend Jersey celebrates AGF goalkeeper Henry From, who had an active career at the club between 1948 and 1961. To recreate a jersey from his time, we have looked back to the classic football jerseys of the fifties. It was not unusual for players to wear cotton or knit, which goalkeepers often did. At that time, the jerseys were very simple and clean in their design. And that’s why this year’s Legend Jersey is also simple and stylish. The neck of the jersey has a slightly higher collar than usual. The pigeon blue colour is a direct reference to an earlier Henry From jersey – the one from 1955 when AGF won the National Championship. The jersey is adorned with the iconic old AGF club emblem together with Henry From’s accomplishments embroidered in gold underneath. 296 is embroidered on the neck – the number of matches he played for AGF. There is also a tonal hummel® logo and an official Share Legend label at the bottom of the jersey.