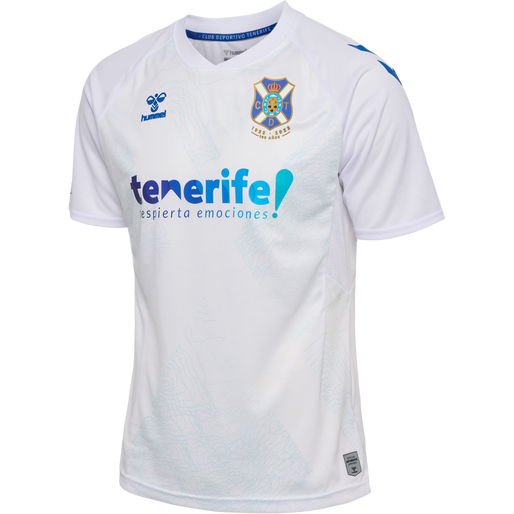 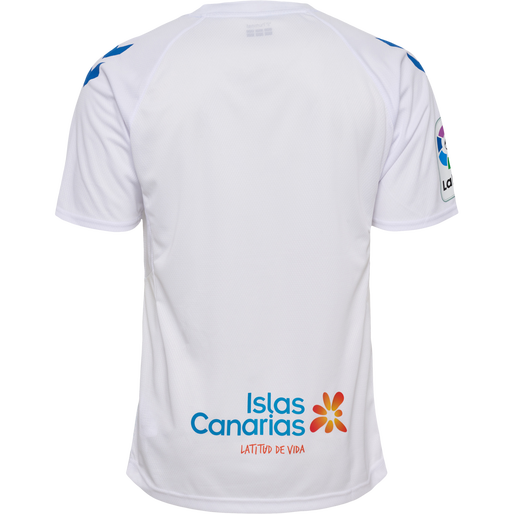 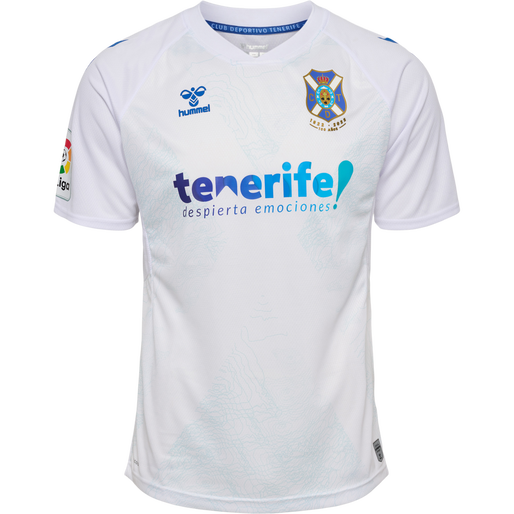 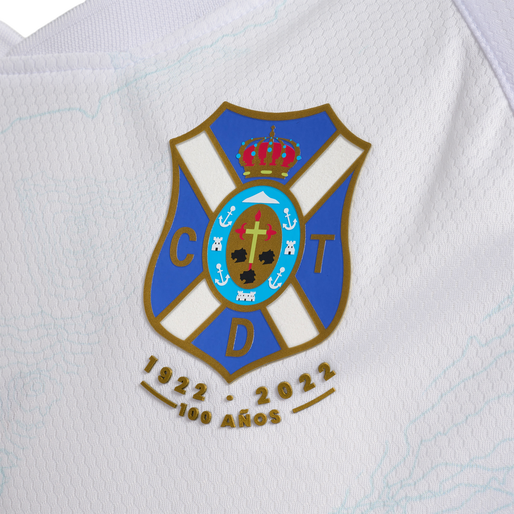 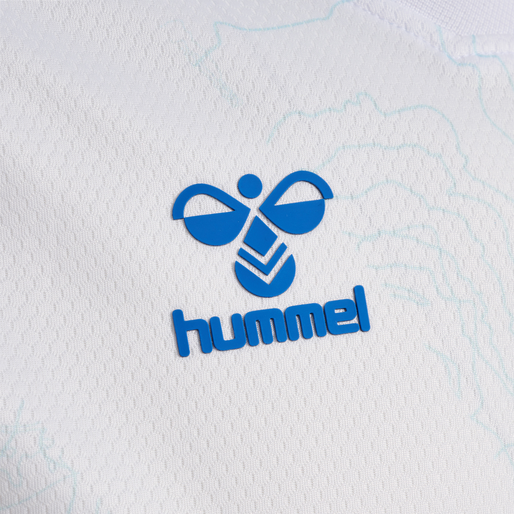 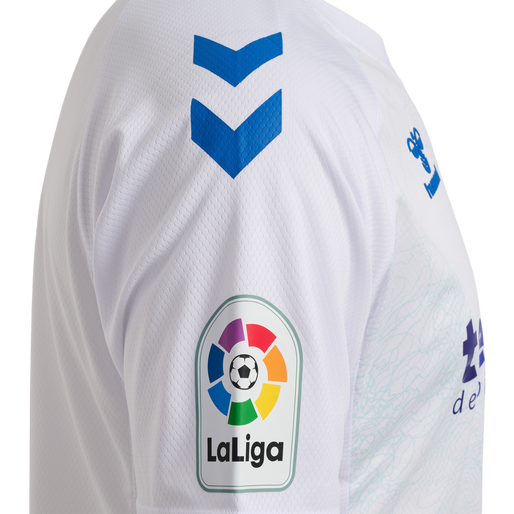 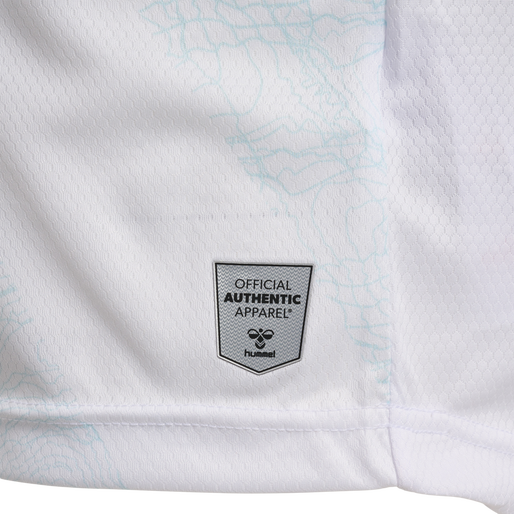 The CD Tenerife 22-23 HOME JERSEY features a white base with blue chevrons, logos, and sponsors. Printed into the white base is a map of Tenerife. Sponsors and prints on both front and back makes the mind wander to warmer skies at the Canary Islands – a group of islands consisting of Tenerife amongst other. The text ”Tenerife - despierta emociones!” is displayed at the front of the jersey. On the chest of the jersey both a hummel® logo and a club crest in a recoloured anniversary edition appear proudly. The jersey is made of 100% polyester in breathable mesh and has a ribbed collar edge.